French is taught from Year 7 to Year 8 and is compulsory for all students. Following a series of Spanish ‘taster’ lessons in June of Year 8, students then choose to study French OR Spanish from Year 9 onwards, when we begin the IGCSE course. 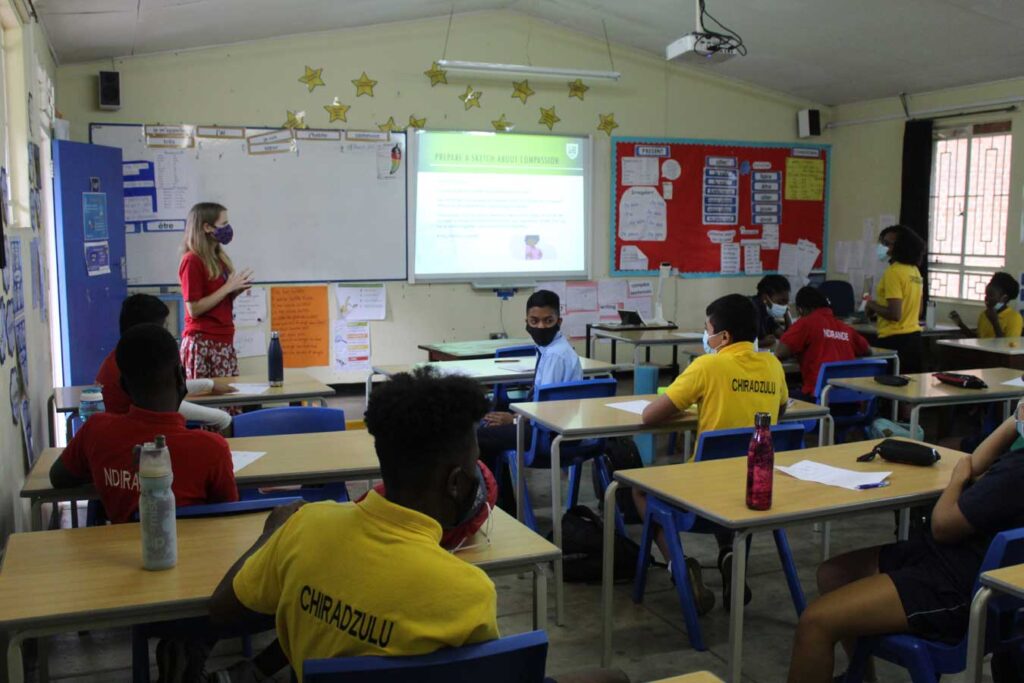 French and Spanish are then optional at IGCSE, IAS and A2 level.
Information. The Modern Foreign Languages Department has its own block of three classrooms adjacent to the Library.

In the Modern Languages Department we aim to provide and nurture the following:
a. an awareness of the worldwide importance of languages and cultural exchange (especially French and Spanish)
b. a sense of enjoyment in learning a foreign language
c. languages for all, regardless of ability (support and extension where needed)
d. the motivation and confidence that communicating in another language can bring
e. the use of appropriate research tools to enhance independent language learning